As the Jonas Brothers' triumphant return continues, so does their excitement. Just after news broke that the sibling trio'sHappiness Begins album debuted at No. 1 on the Billboard 200 on Monday (June 17), Nick, Kevin and Joe took to social media to celebrate their latest achievement and thank fans for the support.

"I don’t even know what to say. This is so incredible," Nick wrote in an Instagram post. "We set out to make a record that embodied the happiness we feel after having been through so much together. The fact that this music has connected with people in this way means the world us. Thank you for believing in us."

Nick also tweeted that he was "blown away" by the first-week numbers -- 414,000 equivalent album units -- which Kevin seconded. "I can’t believe this! Thank you so much everyone truly insane! It’s just the beginning!!!," Kevin wrote on Twitter and Instagram. Joe later chimed in on Instagram, writing, "Speechless. Thank you guys so much!!"

Jonas Brothers' 'Happiness Begins' Album Debuts at No. 1 on Billboard 200 Chart With Biggest Week of 2019

Happiness Begins, which the Jonas Brothers released on June 7, marked the biggest week of 2019 for an album, besting the first-week numbers of Ariana Grande's Thank U, Next by more than 50,000. It's also the largest week for a group since One Direction's Made in the A.M. in 2015 and the biggest week for a pop album since Taylor Swift's reputation in 2017.

The Jonas Brothers will be taking Happiness Begins on the road on the Happiness Begins Tour, which starts in August. Click here for tickets, and take a look at the bros' celebratory posts below.

Honestly blown away by the official first week numbers of #HappinesBegins thank you to every single one of you for making this chapter of our journey so incredible. It’s all because of you. We love you.

2,389 people are talking about this
View image on Twitter 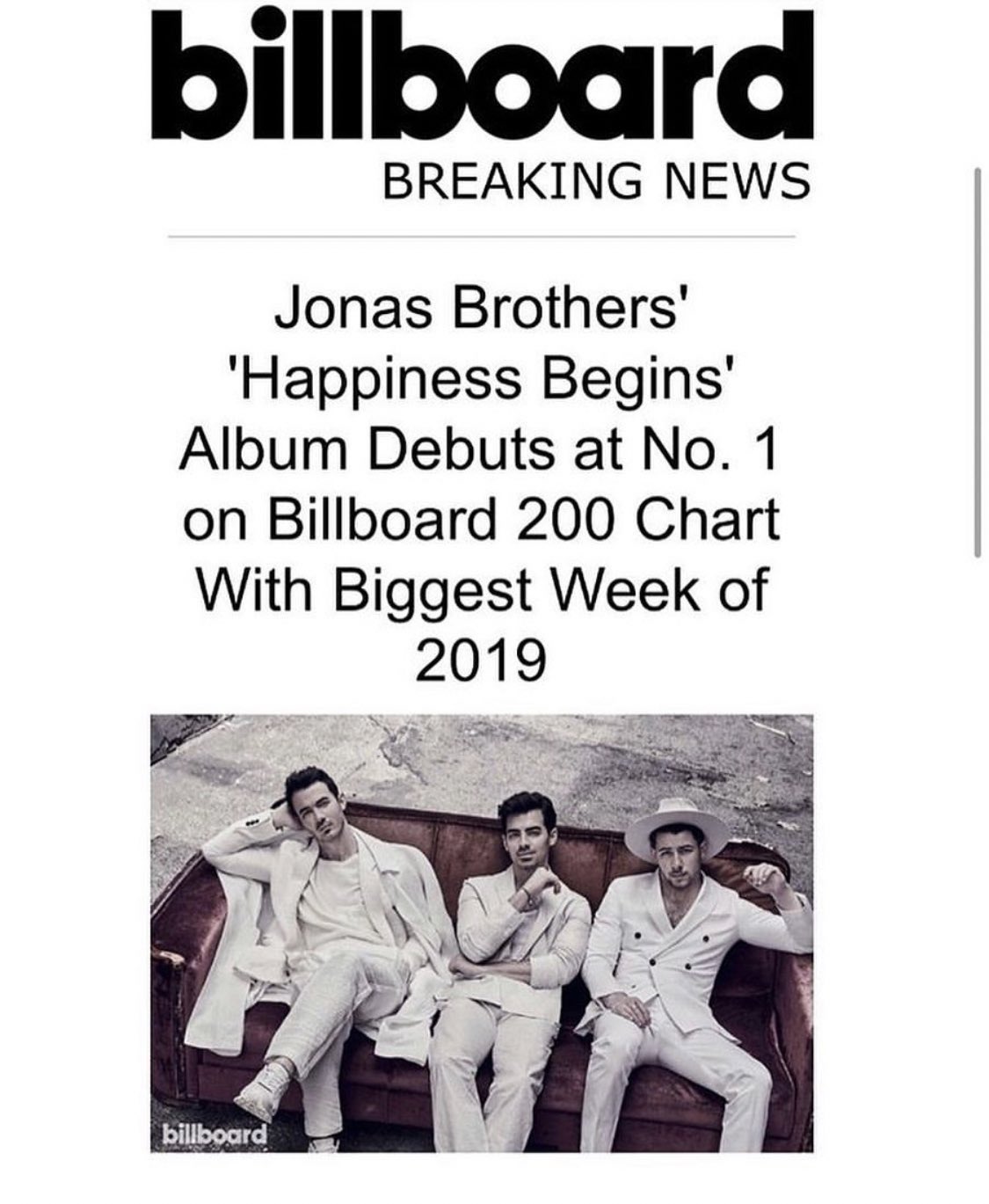 I can’t believe this! Thank you so much everyone truly insane! It’s just the beginning!!!

in virtual reality to make it accessible

with her new track “Black Parade”

"The most rock and roll thing you will ever see"